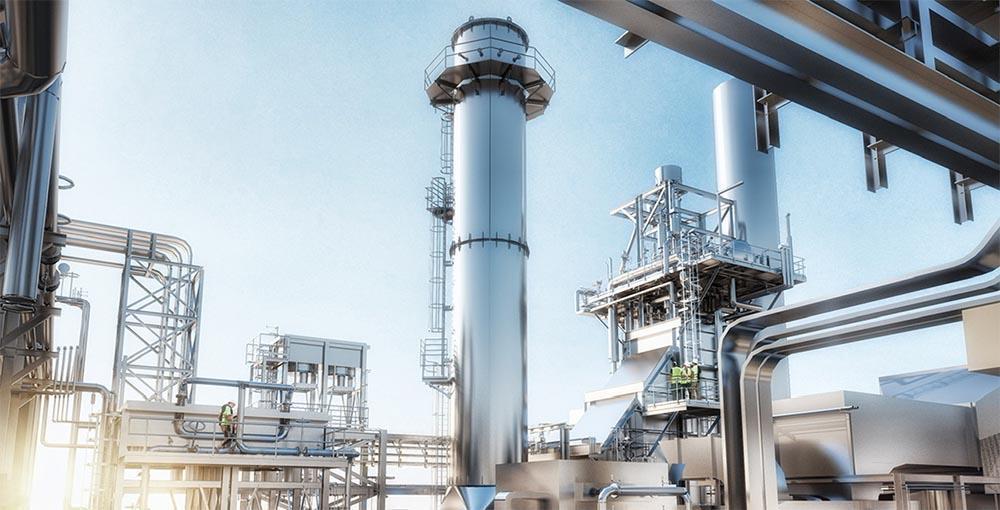 CHP or cogeneration—as it is commonly referred to in the Energy Industry—is a heat recapture system that garners heat generated from power generation operations. Without CHP, much of the heat generated dissipates and is lost in the process. CHP was originally developed in the late 1800s at the Thomas Edison Pearl Street Station—the very first commercial power plant in the United States. Since then, the CHP process has been refined, improved and made more efficient to ensure the captured thermal energy can be used in power generation.

By design, CHP aims at generating the most value from a power generation operation. Approximately 70 percent of the energy produced in a power plant wastes away by the intense industrial process of power generation. With this in mind, CHP systems work best when generating power using a combustion/reciprocating engine or a steam turbine’s boiler. Both of these configurations are subject to the extreme heat that only a CHP operation can capture—and Temp-Pro understands the rigor and complexity of such operations to produce a variety of temperature measurement devices to monitor and support its performance.

From fossil fuel processing efficiency—which translates into a lot less fuel used—to safer operation, CHP has become an excellent complement to conventional power generation. Technologies such as waste heat to power and biomass CHP are commonly used to execute the mission of recapturing thermal energy. Since its invention, CHP has had a roller coaster ride during the first seven decades of the 20th century. However, the Public Utility Regulatory Policies Act of 1978 fueled an increase in interest for CHP by allowing the offering of non-utility generated power back to the grid.

In 1992, the Energy Policy Act assured a future for CHP by calling for improved heat management and efficiency. This led to an increase in demand for CHP in conventional power generation operations, which in turn opened up the flood gates of opportunity for Temp-Pro, which was already uniquely positioned to engage them with industrial temperature measurement solutions based on decades of knowledge and experience.

Temp-Pro’s experience supporting the needs of customers incorporating CHP into their IPP or mainstream steam or gas turbine power generation operation makes our company a formidable partner. Our knowledge of temperature sensing equipment such as RTDs, thermowells, thermocouples, and related hardware makes Temp-Pro a premier provider of these critical components found in industrial equipment used by both the Power Generation and Oil & Gas industries, among many more.