Temp-Pro Plays an Active Role in the Hydropower Sector 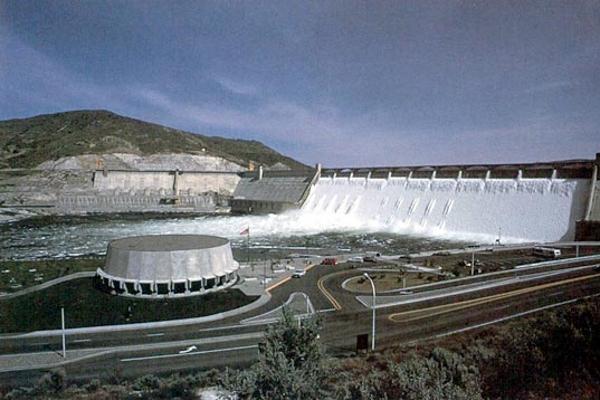 to serve their needs

The Hydropower industrial machine continues to “make waves” and with increased demand for energy across the country, it is expected to continue growing. New facilities, equipment upgrades, infrastructure enhancements, and new infusions of investment in Research and Development have the potential to create new hydro-related jobs for more than 75,000 people. According to the National Hydropower Association (NHA), the industry is expected to grow from 101 GW of capacity by almost 50% in the next 30 years.

Before the concept of renewable or sustainable energy ever existed, the U.S. had already been using hydropower to generate “green” energy that is both affordable as it is efficient—thus making it a powerful source of energy generation. In fact, many Americans—when asked about an example of hydropower—will quickly mention Niagara Falls, which they learned about in grade school. In contrast, many people can’t even think of a location that produces nuclear or wind power. This goes to show that hydropower has made a strong impact in our society and proves that its potential can still continue to benefit the future of power generation.

Creating opportunity means that innovation and growth need the support of seasoned players who can serve the needs of the Hydropower Industry’s facilities and equipment. Temp-Pro has been providing temperature-sensing devices for several decades, always raising the bar in terms of quality, performance and effectiveness. Our team of thermometer development professionals can produce custom-made temperature sensors for any industrial environment—regardless of the type of equipment.

Hydropower is generated and managed at the federal, public (utilities/irrigation), and private levels, creating opportunity across the board. One of hydropower’s applications includes restoring power to the grid after a blackout, making it an essential power source. It is also an excellent source for reserve power, as well as supporting Balance of Power service. Hydropower can also be considered the original renewable energy source, having been used by the ancient Egyptians for irrigation, used to forge bellows in Asia, and it was used by the Roman Empire to power mills.

Temp-Pro is a premier manufacturer of temperature sensors, thermowells, electrical enclosures, electro-mechanical assemblies, cable harness, miscellaneous instruments, and other accessories that can support your hydropower operation. Contact us today with your questions and let us serve your specific industrial temperature-sensing needs. Temperature measurement is our business and we are known for delivering excellence to our customers.

Since 1972, Temp-Pro has been producing sensors for applications in not just the Hydro Electric industry, but also for Solar Thermal, Renewable Steam, Biomass Fueled, and Wind Turbines. As a trusted supply chain provider for the NHA, Temp-Pro procures from approved suppliers a variety of components that meet or exceed quality standards in the temperature industry—including a full trace on raw materials (with logs).